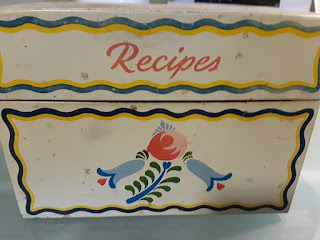 Do we ever really know our mothers? I certainly didn’t, not really. By the time I was born in 1962 she was already 40 years old—she lived a lifetime before I ever showed up. In addition, she had been married three times before she married my father, and had a 20 year-old daughter from her first marriage. I think that mothers' lives can be easily divided into two categories: before our birth and after our birth. A simplification to be sure; but it is not a reduction, just the establishment of a point of reference.

I knew her, obviously, after my birth, and so I knew her as "Mom". While that is a title that contains a whole lot of context, it is still limiting as far as a definer. It wasn't until I became an adult that I got to move past her role designation and explore the woman behind the title.

Ruth, my mother, was born in 1922. Each decade of her life would show her cultural changes she could not have possibly imagined, and yet she seemed, at least to me, to adjust naturally into each period of change, as though she were a product of the time rather than a precursor. The truth is that she was a product of the times, as much as I am a product of not only the 70’s and the 80’s when I was growing up, but also a reflection of recent years. With my mother, however, there were certain roles that did not change so much over time.

Mom did the cooking in our household (just like moms did in most households back then). I seem to remember that the only place where men could cook was on a BBQ, involving meat. Mothers rarely were seen cooking outside, they were relegated to the kitchen, and back in those days that is just the way it was. Nobody seemed to mind much, but then I don’t recall anyone ever asking the mothers what they thought of it. 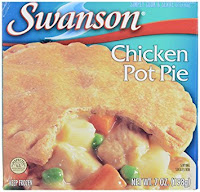 When I think back on my mother’s cooking, I have an overall sense of pleasantness. I liked her food, though truth be told she cooked from scratch only half the time. These were the days when convenience foods showed up and came into vogue—the grocery frozen aisle held all kinds of modern miracles that simply required "heating up". I remember with fondness the many nights of Swanson pot pie dinners—I could not decide if I liked chicken or turkey the best—but I do remember that the beef pies seemed “exotic” to me for some reason. For many years I only knew vegetables that came thawed from a box or limp and pale from a can. Salads, a staple of my adult diet, were universally made back then with iceberg lettuce and served with bottled dressings (I preferred 1000 Island--I never even knew that dressing could be made at home!).

When my  mother did make something “from scratch”, it often involved soup mix from an envelope or chunk pineapple from the can. My favorite of her from scratch recipes was her tacos, for here she would go all out by frying the corn tortillas herself to make them crisp/soft. The shredded beef was from a can, but it was just the way things were done! She would put out shredded cheddar cheese and lettuce and pair them with canned refried beans. I loved it, and make my tacos similarly today, though I cook the meat myself and also add sour cream and taco sauce. 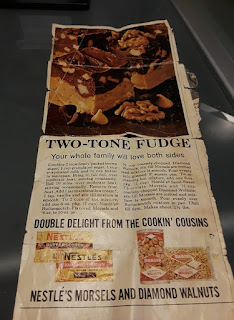 Imagine my surprise and delight when, after she died, I discovered a recipe box among her things. I suppose I knew that she used recipes, but as a child I was so seldom involved in the act of preparing food that I never really thought much about it. When I opened the recipe box I found newspaper clippings, typed index cards, and hand written recipes all in a loose alphabetical order. Look! There is the Two-Toned Fudge she always made at Christmas (I have since continued the tradition). There is the Hawaiian Chicken she would make with rice on special occasions! Boston Baked Beans! Upside Down Peach Cake (when did she make that?)! Macaroni 'Seafarer" Casserole (what the hell?)! 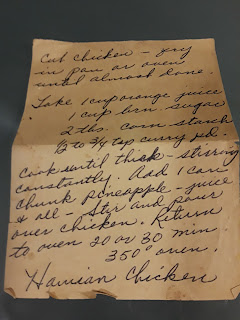 I am not sure why, of all things, I decided to keep the recipe box, but I am glad I did. It is comforting to see her cursive handwriting on the cards--each section is a chance to explore what she thought might be an interesting family dish. There were certainly many other things of hers that we had to go through when she died, and for me I wanted to get through it as fast as I could. How do you dissemble a person's life? I still don't know the answer to that question. What I do know is that every item we agreed to discard felt like a slap to my mother's face. Does that resonate with you?


She had a bunch of condolence cards from 45 years ago when she lost her daughter Marla to pneumonia. I was born one month after Marla's death, so I never met her, but her life and the effect of her death were all around me growing up--in the photo album pictures, the home movies, in my father's alcoholism and my mother's over-protectiveness. As I read some of the cards, I realized that Mom had kept them all these years because she probably could not bring herself to throw them out. How could she? And now here I was holding them in my hands, trying to decide on whether to keep or toss these reminders of a child's tragic death.

I threw them out, and it killed me. I hate to even think about it. But they were my mother's sacred reminders, not mine. Now that she was gone, who needed to be reminded of what happened that day? I certainly didn't.

Have you ever had to throw away a loved one's valued keepsakes? I hope you never have to. 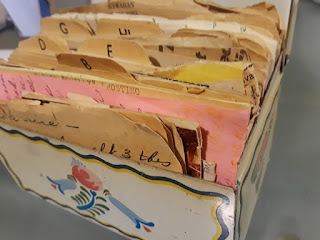 ***
The recipe box was a part of my own memories and so I chose it, along with the wedding dress my mother made for when she married my dad. These items have her touch on them; they are reminders of two of the skills I most noticed about her when I was growing up: cooking and sewing. Though I am sure that whoever goes through my things when I die will discard both the recipe box and the wedding dress, I am okay with that, because the memories should end with me. Nobody else would care about them, I think. 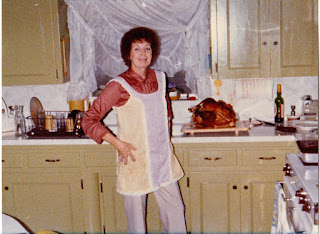 This Mother's Day, I am making Mom's Chicken Cacciatore for a group of friends. As a kid, the very name of it was almost too much for me--it must be foreign! But I have fond memories of the dish and how it made me feel as though we were very cosmopolitan for eating it. I will add a few ingredients to snap it up, after all, I have moved past cooking with soup mix, and my friends and I will remember our mothers over shared food and drink. I think she would have approved, and she would have been happy to let someone else do the cooking for a change. 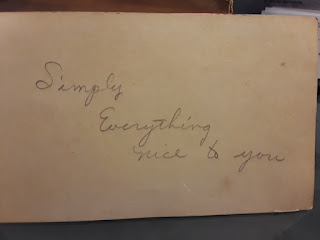