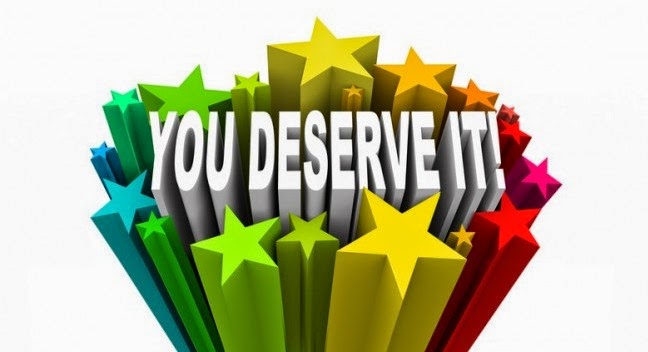 There are some ideas in modern society that just puzzle me to no end, primarily because, despite all debasing evidence, they are widely accepted by most. At times, it really does seem as though many citizens are nothing more than lemmings who follow one another off the edge of the cliff.

It strikes me as peculiar, to say the least. The most peculiar part is why people willingly subscribe to an idea that reveals itself to be no more than wishful thinking. Is it possible that we are in such need of even false comfort as to put our faith in the most obviously dismiss-able of concepts? I would certainly find it reassuring were I to know that others shared my perplexity. There must be others, there simply must!

The idea that most recently demanded my attention is the one that says that we deserve stuff. This came up in a recent conversation while discussing my somewhat hilarious run of dating in 2014. I won't share the details of the dates for fear of reducing your high evaluations of me, but let's just say that so far I have scored 0 for 6. This year. Zero...for...six. May I remind you that it is only Spring? Beyond the hilarity of this situation is the opportunity for me to evaluate my process of choosing, for it simply cannot be me. 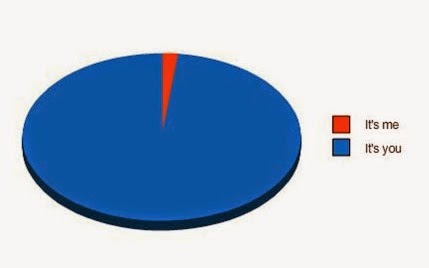 Anyway, during the conversation, I shared how one of my recent dating attempts (number 6) waited a full two weeks before responding to my invitation to get some beers and happy hour vittles. TWO WEEKS. I wrote the dating prospect off after the first week without response, but then a week later, just as I was going about my day, I noticed an online response from the cad. He apologized for "being busy", and then offered exhibits A, B, and C to support his claim to such, wrapping the whole thing up with an enthusiastic endorsement of the "beers and vittles" idea! Oh the joy!

I responded to the email that I appreciated the apology, but it would have been preferable to receive even a brief response much sooner. I wrote that I had since "lost interest" in further encounters with him, and that is the truth. I wished him well and bid my farewells. Thus far there he hasn't responded to that, which speaks well of him, but also ascertains his level of interest. Now, just for context, you should know that I had gone out with the guy three times, and the dates went well, even if they did not rewrite history (include sex). After an investment of three dates, you are either are into it or not, and etiquette suggests communicating accordingly, in a timely fashion. This is not a rule, per say, but instead merely the minimum response-ability that I prefer in a potential dating interest. I don't want to be, as Blondie once said, "Hanging On The Telephone".

So that was that. In the aforementioned conversation where I shared this tale of woe, I was congratulated on my firm boundaries and then told, "You deserve better!".

People mean well when they say things like this, but I disagree that I deserve "better", or frankly, that I deserve anything at all for that matter. Why would I say such a thing? Mostly because it is true, as there is no evidence to support the idea that anyone is owed a certain result based on how they conduct themselves. Now before you rush to the comment section with your lectures on "karma" and such (don't get me started on how the concept of karma is misunderstood in our culture), let me say that I am not fond of throwing the baby out with the bathwater, so to speak. Ideas, even bad ones, are usually derived from experience, or at least the desire for experience. For example, we may have an idea that it would be fun to see a movie on the weekend. This idea could be based on previously successful movie outings, as well as a desire to have another such experience on the upcoming weekend. Absolutely nothing wrong with this!

Using that example, the idea of deserving could have come from an experience with cause and effect that turned out lovely for someone, as well as the desire to have another lovely cause-effect experience. Nothing wrong with this! But...when the hope or desire for a lovely experience is then upgraded to an expectation, based on the feeling that a certain cause guarantees us a certain effect, well, we just took a leap into magical thinking, and there is indeed something wrong with this.

Magical thinking makes us feel better. It comforts us and gives us a sense of safety, security, and community. All good things. All of us are engaged in some sort of magical thinking, even if it is the assumption that we will wake up alive in the morning. Sometimes magical thinking includes strong evidence supporting the probable actualization of the desired effect. However, magical thinking works against us when it sets us up for an expectation that may not be met. Expectations do not allow room for chaos and outside random influence--they falsely lead us to believe that our power in the world is greater than it really is--that we have more control over outside forces than we actually do. Expectation invalidates the role of the environment in influencing the effect of a cause. As I mentioned before, I suspect that the concept of deserving came from someone's experience of a string of expectations that were fulfilled, despite outside influence (not impossible). It is my hunch that this person, or persons, then concluded that a certain way of behaving guarantees a particular outcome. My hunch goes further in suspecting that this person or persons most probably benefited from privilege. And we have been fucked ever since. 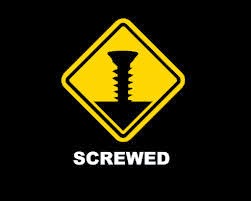 What is the alternative? Well, throw the bathwater out, but not the baby. Get rid of expectation, and revert to preference. That's it! Now like most simple concepts, there is a rub. In this case, the rub comes not from the concept, but from the interpretation. Some may say that preference allows "room for failure", and that it is a way to be passive about your needs and desires. Though it does allow the former, the latter is a false interpretation that could only come from a culture that values entitlement and separation over shared humanity and community, or, as I like to call it, fantasy over reality, or, as I used to call it, me vs. the world! Rather than being seen as merely distilled ambition, preference instead is a fearless acceptance that things may just not work out the way you want. What this means is that you may have to work harder, or enlist the help and cooperation of others, or (gasp!) look at your own responsibility for what happens or does not happen in your life. These actions are the furthest thing from passive--allowing space for failure requires that we acknowledge the influence of others, and honestly evaluate our own efforts. Hard work, but you also increase your chances of getting what you desire.

Just because I am a nice guy does not mean that I deserve to meet someone and live happily ever after. As long as I foster the causes that influence the effect of me becoming "nice", I will increase the chances that I will receive the same in response. But there is no guarantee. This is why dating, for me, is an adventure. I am never sure what this new person, with their own agency, causes, and effects, is going to do in response to what I do. In some cases, like the aforementioned number 6, the response will be too little, too late. No matter. The non-fulfillment of a preference leaves me disappointed, but not devastated.