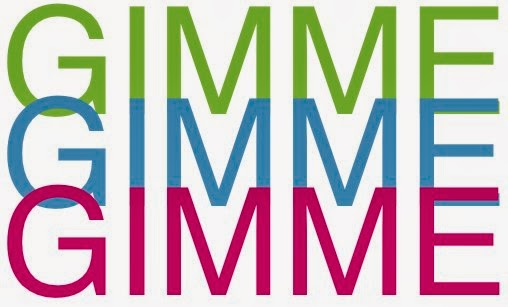 It has taken me over two weeks to write this damn essay, and I am still up in the air as to whether it is interesting enough to publish or not. That is not a plea for validation, just a confession. You have been warned. It is long, and it does not make me look very good. So be it. I tried to make it funny in places. I do think I succeeded at that task. Don't you wish I were still writing about leaving Los Angeles?? As a token of goodwill I have decided to intersperse recent pictures of my visit to Santa Monica and Venice beaches on a day that was, as we like to say here, "picture perfect". Well, have at it.

***
There is a British show called "Doc Martin" that I love to watch. It stars Martin Clunes, who you may know from the British sitcom "Men Behaving Badly". The character he plays is a general practitioner in a small English village where there is socialized health care. Doc Martin is assigned to this village because he started experiencing hemophilia (fear of blood) while working as a top surgeon in London, necessitating a reassignment. As a G.P., he is brilliant, as he was as a surgeon, and his knowledge and application of medical expertise is responsible for repairing many of the health calamities that plague the townsfolk. He is, without a doubt, what I would call an ability carrier (explained later). He is also, without a doubt, a major class curmudgeon and an all-out unpleasant grouch. So even though the town can't do without him, they don't really like him, and they often feel resentful of his arrogance and dismissive manner.


The quality that makes this nasty character likable at all is that he is so totally clueless to how off-putting his behavior is. He is not trying to be difficult, he is just trying to do his job, and the people don't heed his instructions or respect his stated boundaries. He simply cannot understand why everyone insists on "chatting" with him during visits to the surgery, or why they want to be friendly out in town, when he would just rather get his job done and then retire for the night, alone. They are upset at him because he is not like them. He has a task to do, which he seems to get satisfaction from doing well; but I am not sure if he enjoys what he does, or if he realizes that the task involves working with actual living human beings. Yet he does the task because he has a medical mind and he views everything as a problem that can be solved with the proper intervention. He views "people" as simply the conduits through which he gets to apply medical procedures. I often suspect that the character of the doctor suffers from a form of Asperger's Syndrome. The townspeople take his gruff demeanor rather lightly, and are often amused by his ways, and in truth they rarely hold a grudge. "That's just the doc!", they would say, and they would be right. They alternately fear and admire him.

I know that response.

***
The other day, I stopped in to check on my neighbor Georgette because her phone had been giving me a busy signal all day. I manage the building we live in, and I was checking on a repair issue she had mentioned to me. When I knocked on her door that evening, I was hoping to find her doing okay, and I just wanted to let her know that I was attending to the issue--I wanted to have the entire activity performed in less than two minutes, max. But it didn't go that way--not at all. She invited me into her apartment and proceeded to describe how her phone service had been shut off after the recent storm (hence the busy signal), and then she explained the initial repair issue all over again and kept me there for close to ten minutes. She then offered me chocolate, coffee, and I think a package of tortillas. It was a blur of blab and bling and my mind went into a coma.

As she was talking, and talking, I noticed my patience running right out of the apartment, as if to catch up with her lost phone service. I noticed this because it is something that tends to happen a lot when I feel that others are taking advantage of my time and attention. The thing is, Georgette is 82 years old, and it would behoove me to have a little more patience with her in the way that you have patience with an older person--but you must believe me when I tell you that she has always been this way with my time, and I have known her for 12 years!

Anyway, it does seem that I have a history of losing my patience with those who come to me for some sort of assistance, whether they are older or younger. It would be fine if requests were just stated without verbal "backup documents" and half hour discussions, but that rarely happens! Don't people realize that I am smart and catch on really really quickly? Fortunately, over time my patience has improved (if not my humility), and since I left my day job last year I have more time to myself (and conversely, more time to respond to others). The one place where I rarely ever lose patience is in my therapy office (unlike Doc Martin!)--because the exchange is time-limited and paid for--so both the client and I benefit (even-steven)! And therein lies the crux of my issue--the lack of equal exchange in most circumstances outside of the therapy office.

***
There is, believe it or not, a downside to having the ability to do most things really well. When one has this ability (as I do, by the way), it tends to invite others to then want things from the "carrier" of that ability (me).
The downside I refer to then is only felt by the carrier, since it is easy to conclude that the others benefit immensely from their fulfilled requests. The downside is that there is always an other who wants something--there is always an other who wants something. To whom does the ability carrier turn when he or she then experiences want?

There is a second downside, not mentioned earlier, which is that ability carriers frequently do not experience want themselves. This "desire deficiency" in the carriers is the catalyst that turns others' requests into the initial downside. Empathy cannot develop toward those seeking assistance when the one with the ability to assist has little personal experience with desire. Carriers are not completely devoid of desire, though. They usually just want just one thing: to be left alone.

If there is one thing I have learned about people, it is that they do not like to leave you alone, especially if you are recognized as an ability carrier.

Not all ability carriers suffer from Asperger's Syndrome.

The secret about ability carriers, which I will generously share with you, my non-demanding readers, is that we are really good at most things because we tend to only do the things that we are really good at! The things that we are not really good at, and there are several, are quickly identified and left in the hands of others. If there is anything that we know, it is how to keep ourselves from looking deficient, since the original motivation for our quest toward ability mastery is usually overcompensation. (You can fill in the blanks--gay shame, guilt, blah blah blah...) This in itself is a skill that sets us apart from the others.

Most people seem to have no idea what they are good at and what they are not good at. If you don't believe me, the evidence for this is all over the place, but you could hasten your research by observing American Idol contestants or Piers Morgan.

Over the years, I have not only become more aware of my own desires, but I have developed the ability to ask for what I want and need. At the beginning, this was limited to exclaiming, "LEAVE ME ALONE!!!", but in time, I graduated to more pedestrian requests, such as, "Can you make me a sandwich, please?"
You may not see the progress, but trust me, that is a huge leap! For ability carriers, the slightest of desires often triggers anxiety, guilt, and fear, and those feelings are not entirely unjustified. You see, ability carriers are not born, they are made. Somewhere along the line, usually in the midst of childhood, these people get the message from someone that their needs will not be met, or worse, that they are not even valid. Since a child has a natural tendency to expect needs to be taken care of, you can see how confusing this must be when it does not happen. Children, as we all know, are resilient little creatures, so they simply do what is best for them in the situation: they suppress their needs. Flash forward to adulthood and you get the picture.

As I like to say in the therapy room, though, it is unwise to throw the baby out with the bathwater. If you are going to move into adulthood with an issue, you could really pick worse. Ability carriers are advantaged by the silver lining of becoming really good at what they are really good at.
So in the spirit of progress, why not "add to", instead of "take away" (another thing I like to say in the therapy room)? Why not add awareness of needs, why not add vulnerability, why not add trust? Why not add patience? And therein lay the work, folks. But the results are worth it, enabling one to move from "LEAVE ME ALONE!!" to "Can you make me a sandwich, please?" Progress.

***
Georgette does not mean to be all gimme gimme gimme, she has a right to be self-involved since her world has been mostly reduced to an 800 square foot apartment. She also gives back, as evidenced by the offer of bling. It may be as hard for her to ask for help as it sometimes is for me to give it to her. But it is getting easier. The difference is understanding that nobody is trying to "take" something away from me (like time). I am realizing that when I give to others, I don't actually "lose" anything. In fact the opposite usually happens. Usually. Not always...if I can make the perceptual shift. Then the opposite usually happens. I can handle those odds.

And hey, I can always use another package of tortillas.