Age: It's All In or Nothing

A brief break from my "This House" series...

On a recent day, a young man, who I was getting to know, was in my company. As we lay face to face in only the way that people "getting to know one another" do, I asked him if he ever thinks about the fact that I am fifty-two years of age. He told me that he does not think about it--he does not think about it at all. He then asked me if I think about it, and I confessed to him that I do indeed think about it. I told him that I think about how it would play out to get "involved" with someone younger than I, given that there is a possibility that right now, unbeknownst to me, there is something inside me, getting ready to ramp up, that may lead to my death. 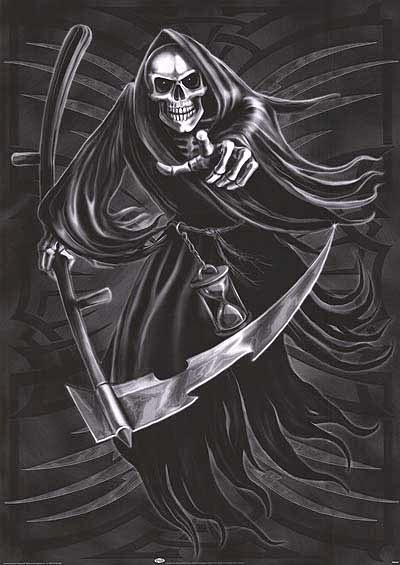 So, yeah, I do think about my age.

I know it's not romantic, but I think about these things--just not in the way you might expect. Age, as a concept, is a sticky one, isn't it? Better yet, it is slippery. Over the years, the topic of age has slipped all around the place, never landing for long in one perspective. When I was a child, anyone who was in their fifties was old! They were often grandparents, and overweight, and certainly not sexy, not sexy at all. But then something happened. In the 70's people started taking care better care of themselves, at least exercise-wise. They cut back on smoking and drinking, at least compared to the 60's and earlier, and they ate better. Natural and organic foods started to show up, and aerobics became popular.

Along with these changes, many public figures refused to "get old". It seems that for many, it is no longer acceptable to "age" when you don't "have to", and many people remained active, relevant, and sexually appealing after forty. Nowadays, of course, there is procedural assistance, and many people in their fifties and older have faces devoid of wrinkles! So what does it mean to age? Is there a difference between wanting to be healthy as one gets older, and wanting to look forever young? (Hint: Of COURSE there is.)

***
I used to be very very very active, so active that it was nearly ridiculous. In my twenties, in San Diego, I would take dance classes all day, work in a bar until 3am, nap for a couple of hours until my day job at 6 am, then go back to class when I got off .
I would rehearse for shows while teaching dance and choreographing for my own group, then race up to L.A. to take more classes. In my thirties I was doing it all in L.A. while working catering gigs, often racking up 18 hour work days on events. For one job I would start at 5 am and do deliveries all day only to return in the evening to load up a party, deliver and set it up, run the floor, then break it down and return to the kitchen at 2 am. Then in my forties I worked full time at Whole Foods Market while taking 12 units per quarter in grad school, eventually adding an internship that was basically an unpaid part time job.

All through this, I took pretty good care of myself. I always consumed below moderate levels of alcohol (and other stuff), and as I learned how to cook, I ate healthier. I have been working out since I was fourteen years old, and have cycled all my life. I do yoga and I drink lots of water, I get regular sleep, blah blah blah. But now, in my fifties, I am tired! I am not exactly sitting in a rocking chair though. I am building a psychotherapy practice in a crowded field and an economy that values physical beauty over mental health. I have no back up plan, no safety net. I still bike or take public transit everywhere, and I still work out at least three times a week and do yoga. But for me, that is slowing down! I like being at home at night, not running around town doing who knows what. There is SO much going on just outside my door but I am more interested in what is happening behind my closed door, with myself as company.

The potential of romance was a big factor in my past nutso activity level. Though I was a hard worker and loved most of what I did, I was also aware of an underlying hope that one of the many activities I engaged in would lead to meeting "The One". Can you imagine such a crazy idea? But here is the thing about that, from my much lived-in perspective: I just don't care about that anymore. The reality about the idea of The One is that it is only a story, and nothing more. This story is true for some, not for others. It was true for me until it wasn't any longer, in other words, there were a lot of unfinished first acts. There were some great loves, some shitty loves, some okay loves, and some really good sex mixed up in all of it. But for me, the only "one" for me has turned out to be, well, me. I wrote about this earlier so I won't rehash it now, except to repeat that I am not quitting--just stepping off the road and sitting on a sidewalk bench. There is plenty of room for someone to sit next to me, if they wish. 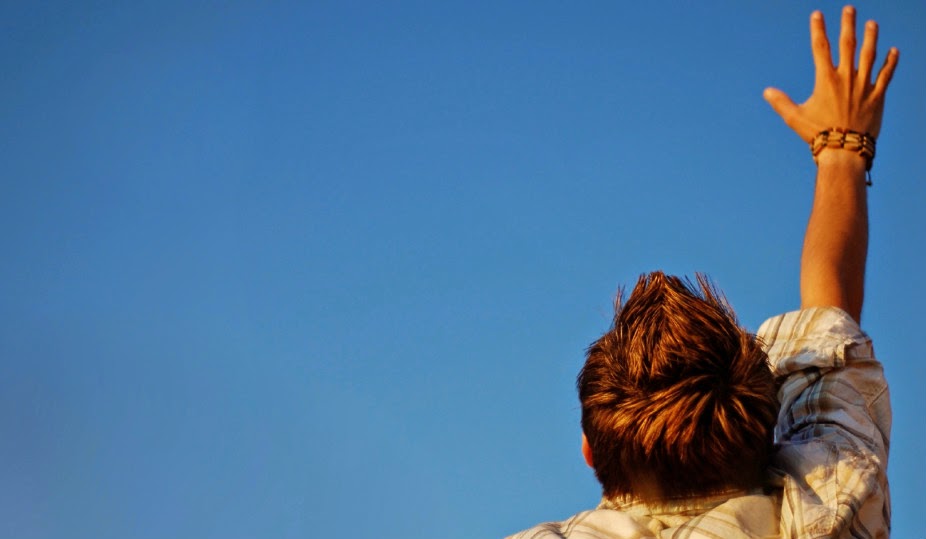 ***
The story of The One has great power. In fact, you might be able to see how religion, at its core, is the ultimate story of The One, since it properly places Perfect Love right out of reach, thereby sustaining desire, hope, and pursuit. Many religious folk do their best to bring the story down to earth in their own human pairings, and many succeed quite well. My niece recently got married to the first boy she has seriously dated, and since they are Mormon, they see their marriage as being "for eternity".

As a story, this works for the Mormons precisely because it is so over the top. If you are going to invest in the story of The One, you MUST be all in or it won't work. If you doubt one parcel of it the whole thing could start to crumble--except for the Jews, whose faith is strengthened through questioning and investigation. My lovely niece is sure to have a happy marriage, happier than most, because she is wholly invested in a story that nearly erases doubt and extraneous expectation. But that doesn't make her belief the truth, or the way she got married the correct way--at least not for everybody. I am sure she loves her husband (as much as one can love their first), but the church tells her what to expect from a marriage, and I suspect that she, like other Mormon wives, fully accept this dictate*. They have to, otherwise they might look at their husbands and say, at some point, "Who am I and who are you?" Questions like that are not always great for storybook marriage, but they are fantastic for living a life like mine.

For me, the choice between options was yanked away when I realized that gay people didn't get to participate in storybook marriages. At first, I was lost, and tried to find my prince despite not being wanted in the kingdom, but now I cherish my chosen life as much as my niece cherishes her dictated life. I am "all in". But both are still based on stories. The only difference is that I am more of a co-author of my story, and at this point I have killed off the character of The One (even though nowadays the storybook marriage is available to me). It just doesn't work with my storyline.

My storyline requires regular editing, because, you know, things change! This gives me an advantage in that I don't get hung up on things being a certain way, forever, because they aren't. If you don't like that fact, then I guess you have to make up a story that makes you feel more comfortable (like the Mormons). No harm there, I suppose, unless they feel that their story needs to be everybody else's story (they do). With my story, I have the support of science, which means that it is not just my story, but the story of nature and physics. Argue with that, bitches!

That is why, when I find myself lying face to face with a young man, I cannot just stick to the story that I am also young. I do think about it! It is easy for a young person to have a story that says "age is just a number", but for someone of age, that is not necessarily true! Young folks see a sixty year old as old, while sixty-five year olds give themselves another five years before they will admit to joining that club. My question is, what are the boundaries of old age based on?

Age is not just a number, age is aging, but aging is not necessarily getting old. What aging looks like is up to the individual, biology and heredity, the culture, and the environment. I will agree with most that "you are as old as you feel". Most days I feel pretty "young", while other days I feel "older", but perhaps I am just tired--a state of feeling that I pretty much bulldozed out of my life for many years, but now openly welcome with a lovely afternoon nap or an evening relaxing at home. I do know that while I want to feel good, I have no desire to be thirty-five anymore. It is too tiring, and not as interesting to me now as it was at the time. I like my life now, and if that life includes occasions where I can take a nap one day, then lay face to face another day with someone who reminds me what it "feels like" to be younger, then so be it. It's something worth thinking about, don't you think?

*Great article here about how religion gets 'em through social consent. 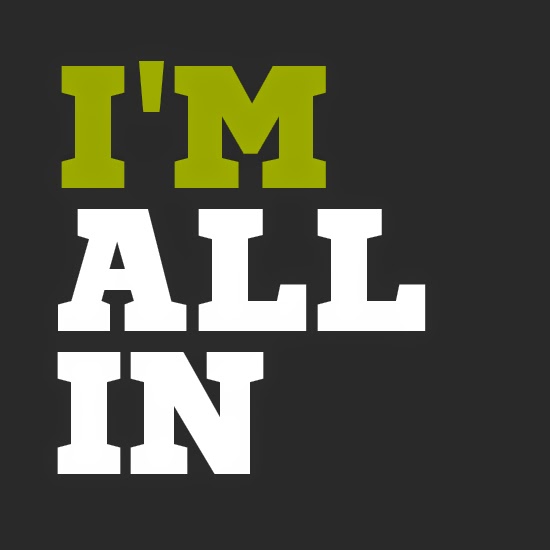